Content-Aware Move tool is tool with which you can select and move a part of a picture. The image is recomposed and the hole left behind is filled using matching elements from the picture. You do not need to carry out intensive edits involving layers and complex selections.

You can use the Content-Aware Move tool in two modes wich you can choose in this menu:

Bad effect of photos which have been taken with help of flash is that you very often get photos with burned red eyes. This effect happens when the light from the camera flash reflects off the subject’s retina. It can make for a disturbingly demonic image.

To remove it simply select the Red Eye Tool, then click-drag on the image to draw a box around the red eye… you may need to click-drag a couple times to get the entire eye.

In the simplicity these two tools do this:

You can set which tones will be affected:

In my videotutorial is decribed only how to select thing from image by drawing a path around your image. This tool has other features as well but each feature will be shown in other tutorials because area where you can use Pen tool is very wide.

Photoshop tutorials on our page are dedicated to Adobe Photoshop novices or advanced users. You will find here interesting content as photo manipulation, photo editing, basic tools, text designs and more. I am creating all tutorials in my free time so if you like some, you can donate this page or view some adds to support pages functionality.

Do not hesitate to contact me if you have any question or business request ;) 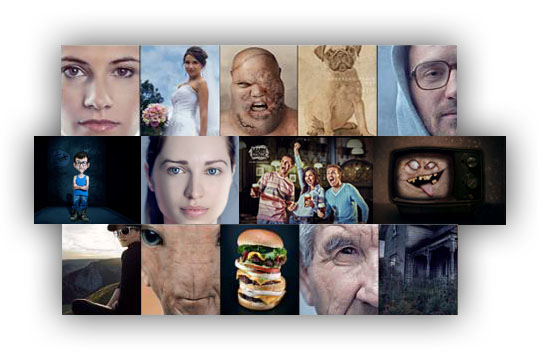 Invite us for coffee :)

Donate pages functionality and existence. Donate any amount you want.